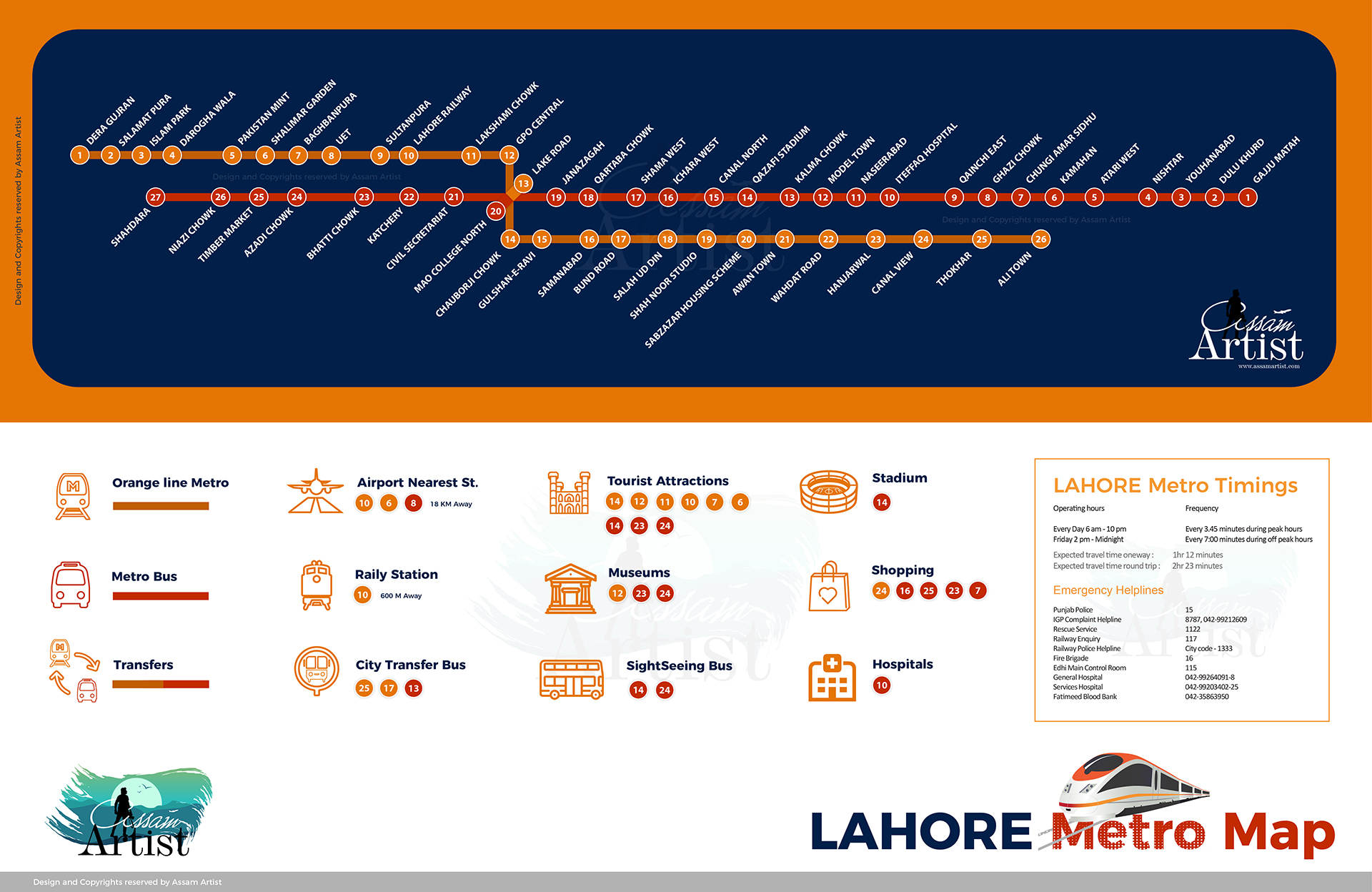 This Metro Map is especially designed for International and Domestic tourists to make them understand the simple and cheapest way to move around in the city. As everyone knows traveling lovers around the world always want to travel in a cheap way or you can say in a most convenient way by using public transport.

Metro is playing a major role in tourism, including my traveling. Whenever I go for a journey, I always download metro map so I could easily decide where I want to visit first and what should I do in the last.

This map will indicate the nearest airport station or railway stations. I also mentioned all the touristic metro stations or stations close to museums.

Orange Train will be launched lately this year and Metro Bus Service is already launched and operating for many years. Orange train fare has to be decided yet, but expected ticket price per station will be between 50 to 150 rupees and definitely it will vary according to the country economy and market but still its going to be the cheapest way of traveling (cheaper than taxi or Uber / Careem service). 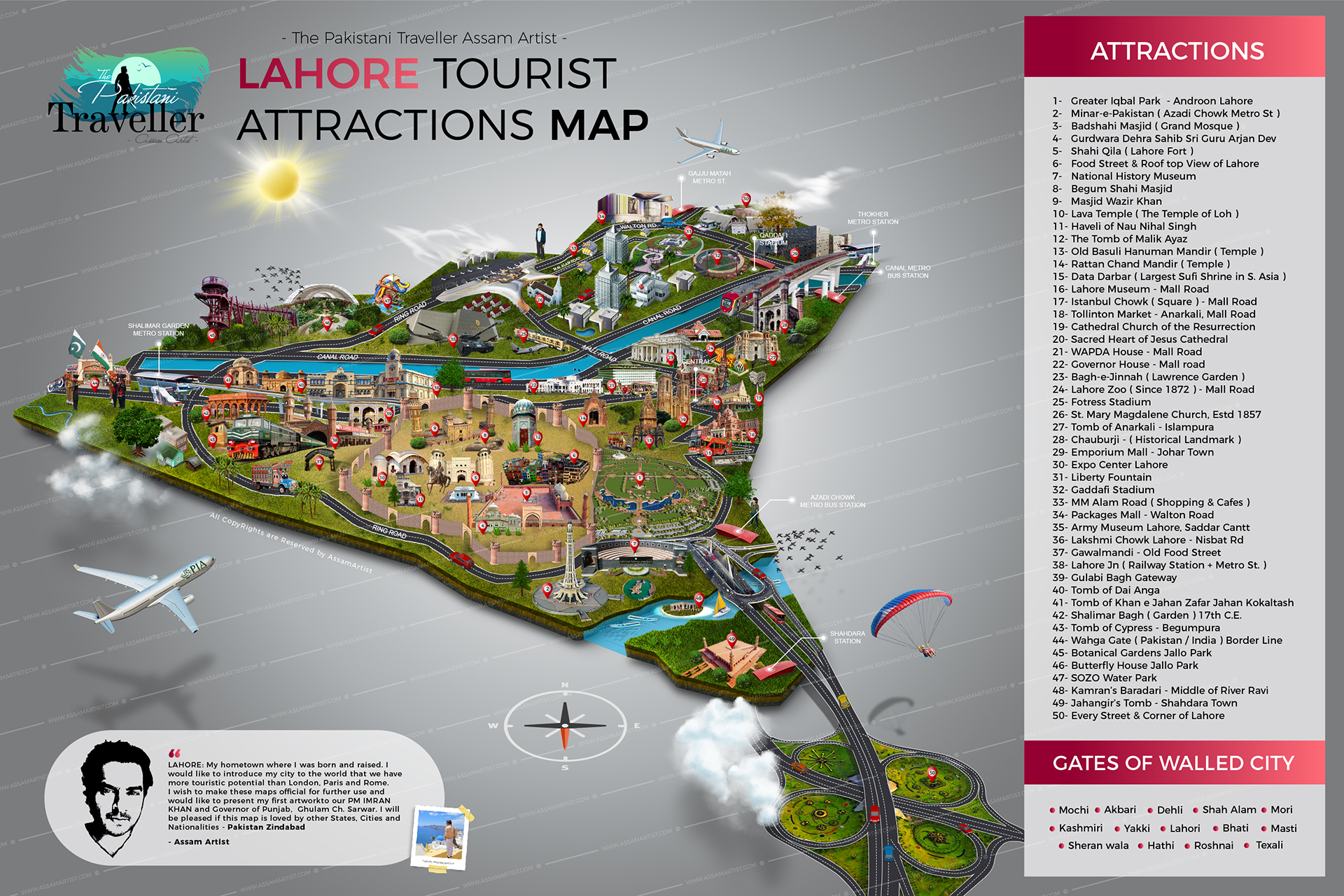